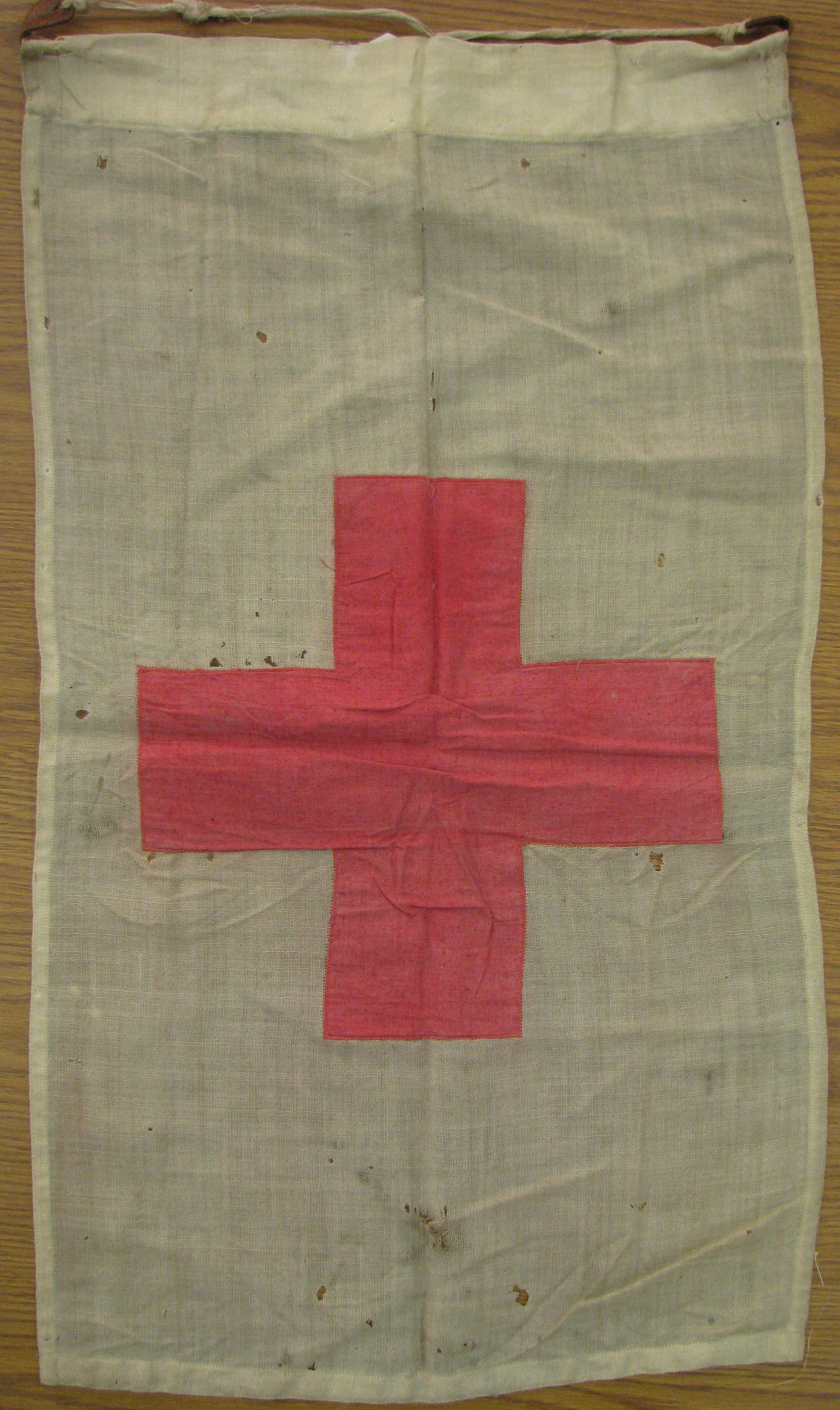 Elvin Wagner enlisted in 1898 with the help of a relative. However, this help came with stipulations. Arthur Wagner writes to his brother, H.H. Wagner:

Try to impress upon Elvin, however, that while Captain Scott and any other friend of mine will carefully look out for him, he must not expect any indulgences that would not ordinarily be show to a private soldier but will be expected to be in every respect a man.

By 1901 Wagner is a 2nd Lieutenant and already in charge of his own company. He writes home to his mother, "There is a big military prison here with 89 convicts to look out for but I always carry my revolver and they know it..." Wagner also states that he has 5 men in the guard house for misconduct. "They had a mistaken idea as to who was running the company, they or I." Wagner's obituary clearly shows the he proved himself as a more than competent soldier and that Arthur need not have worried. 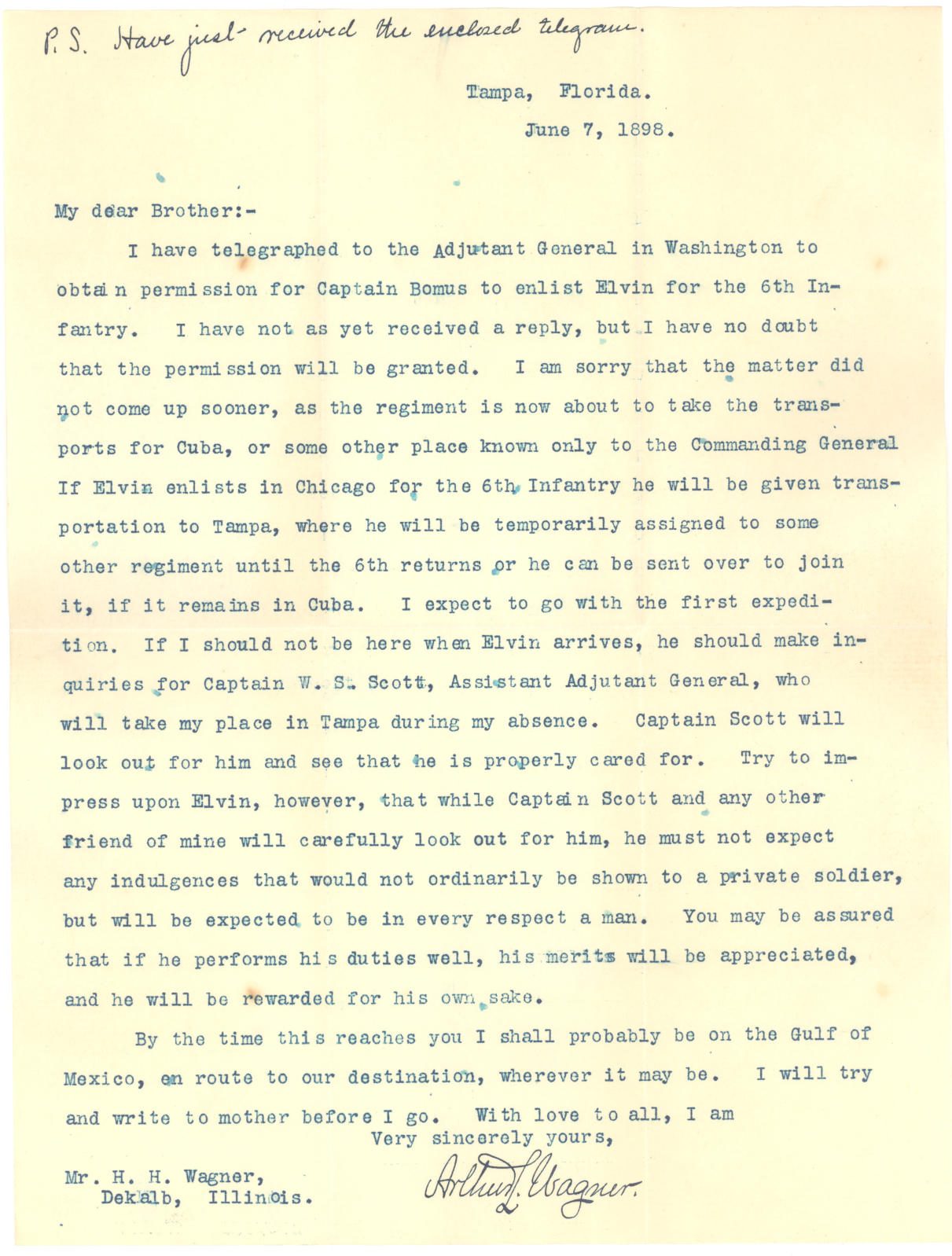 Letter to Mamma and All 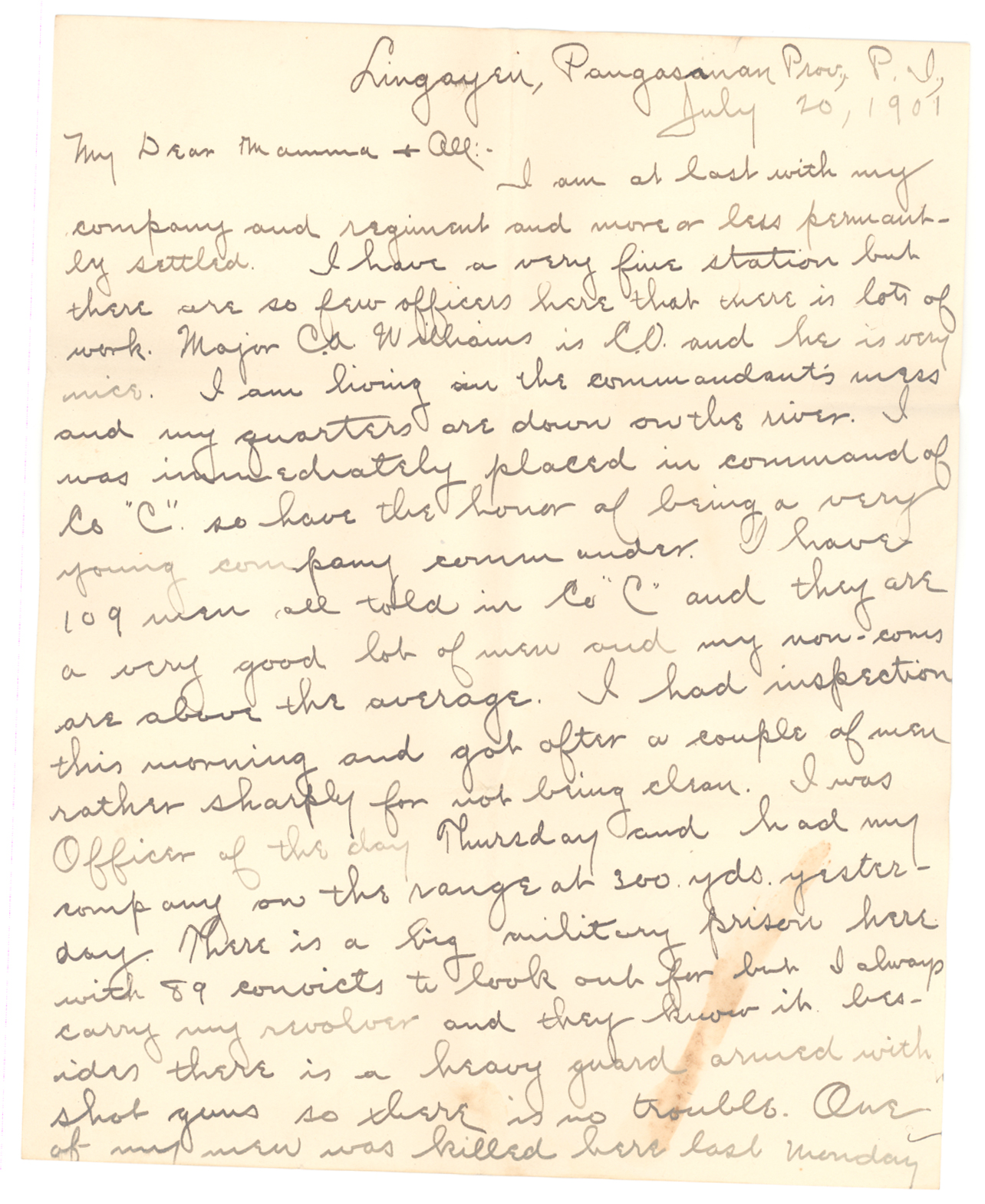 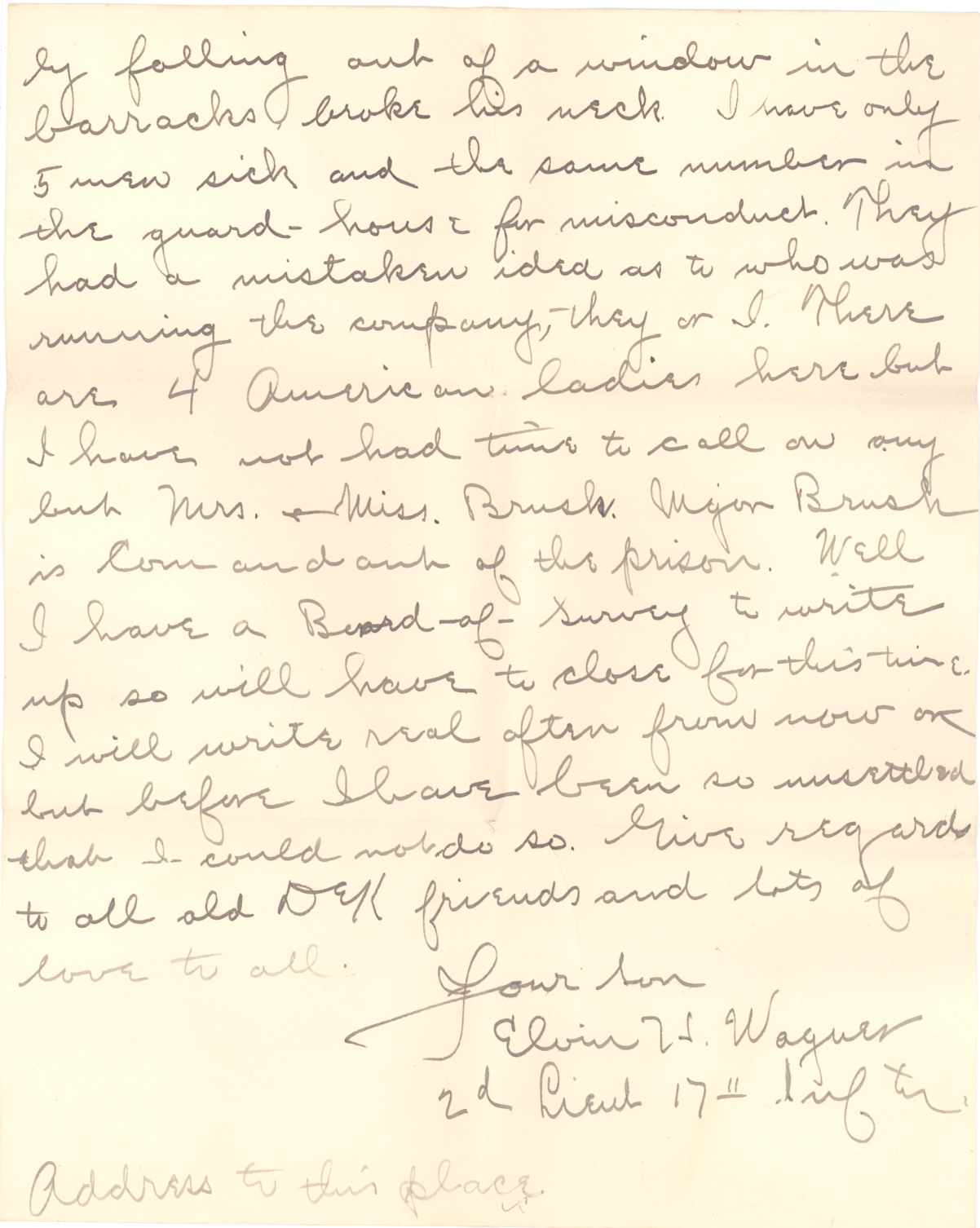 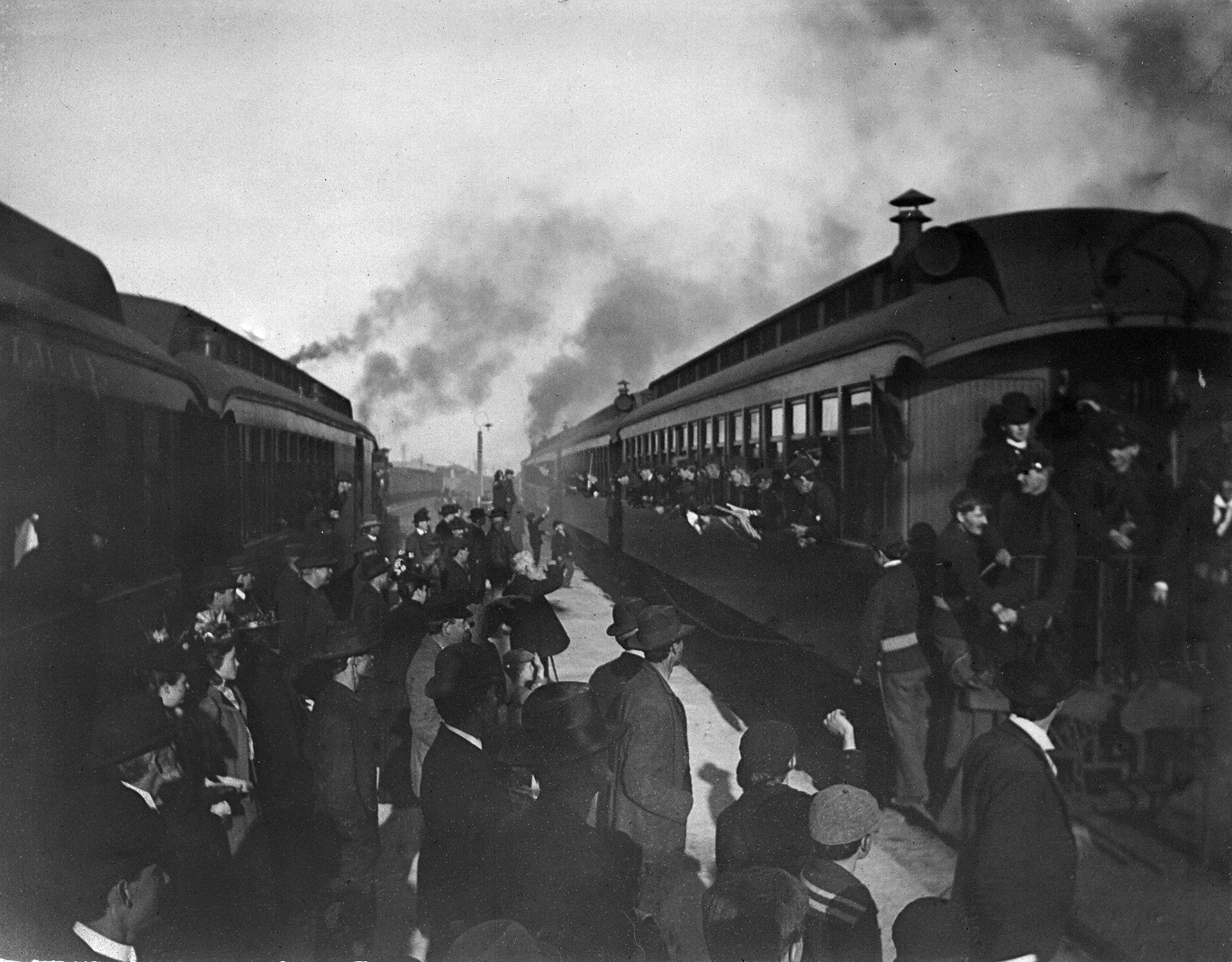