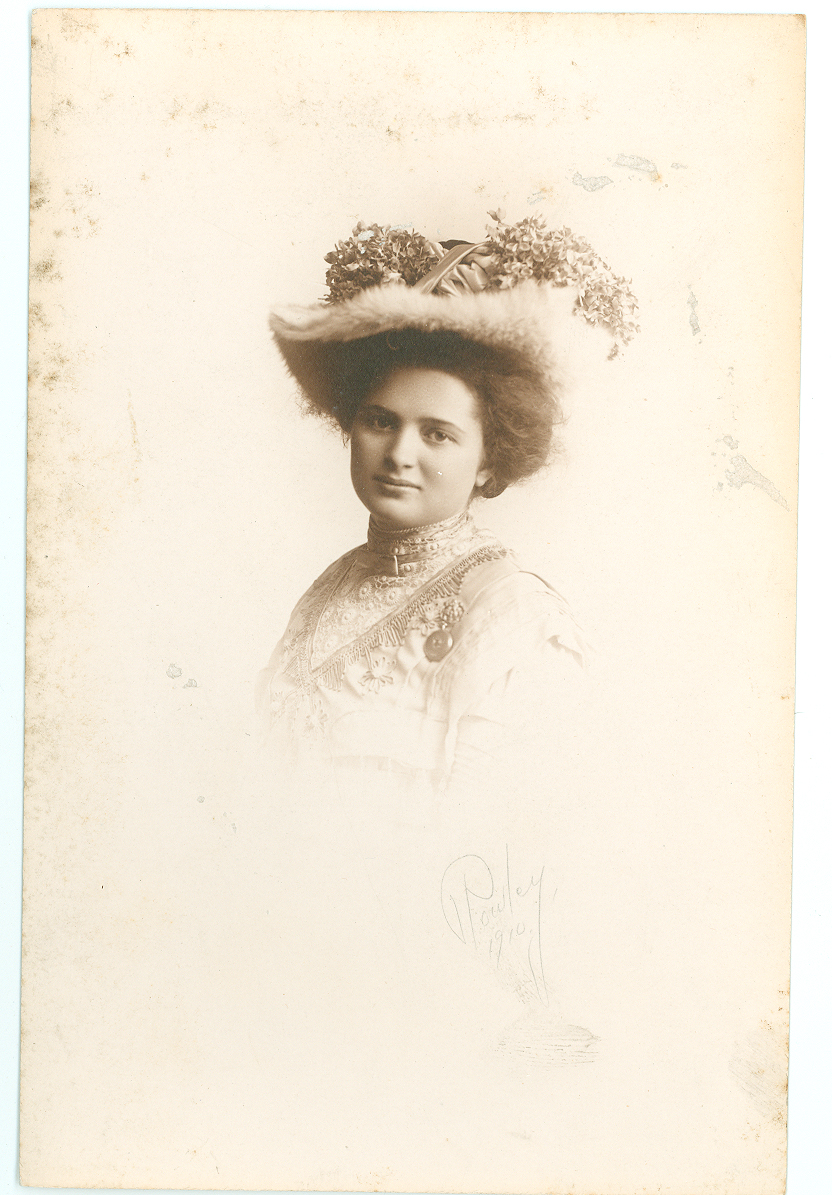 Josiah Willard Gildden moved with his older brother, Joseph F. Glidden (the inventor of barbed wire), to DeKalb to become Midwest farmers.  While on a visit to Philadelphia Josiah met Mary McConnell.  This 1857 letter was written shortly after he returned to DeKalb.  Josiah was a published poet and his great affection for Mary is woven throughout his letter.  The two must have discussed engagement, for he tells her, “the singular manner in which we became acquainted induces me to believe that we are destined for each other.”  He also provides her an update about his farm, likely a major occupant of his time and thoughts: “As I am a farmer and you are henceforth to be interested in all my pursuits, I will tell you about the state of the things here.”  Such talk must not have been too intimidating for a city girl, for the two were married later that year.  Again expressing his sentiment, Josiah closes the letter with a poem:

I think of thee when softly falls,

The robe of night o’er land and sea,

In lowly cot, on palace halls,

Wherein I roam I think of thee. 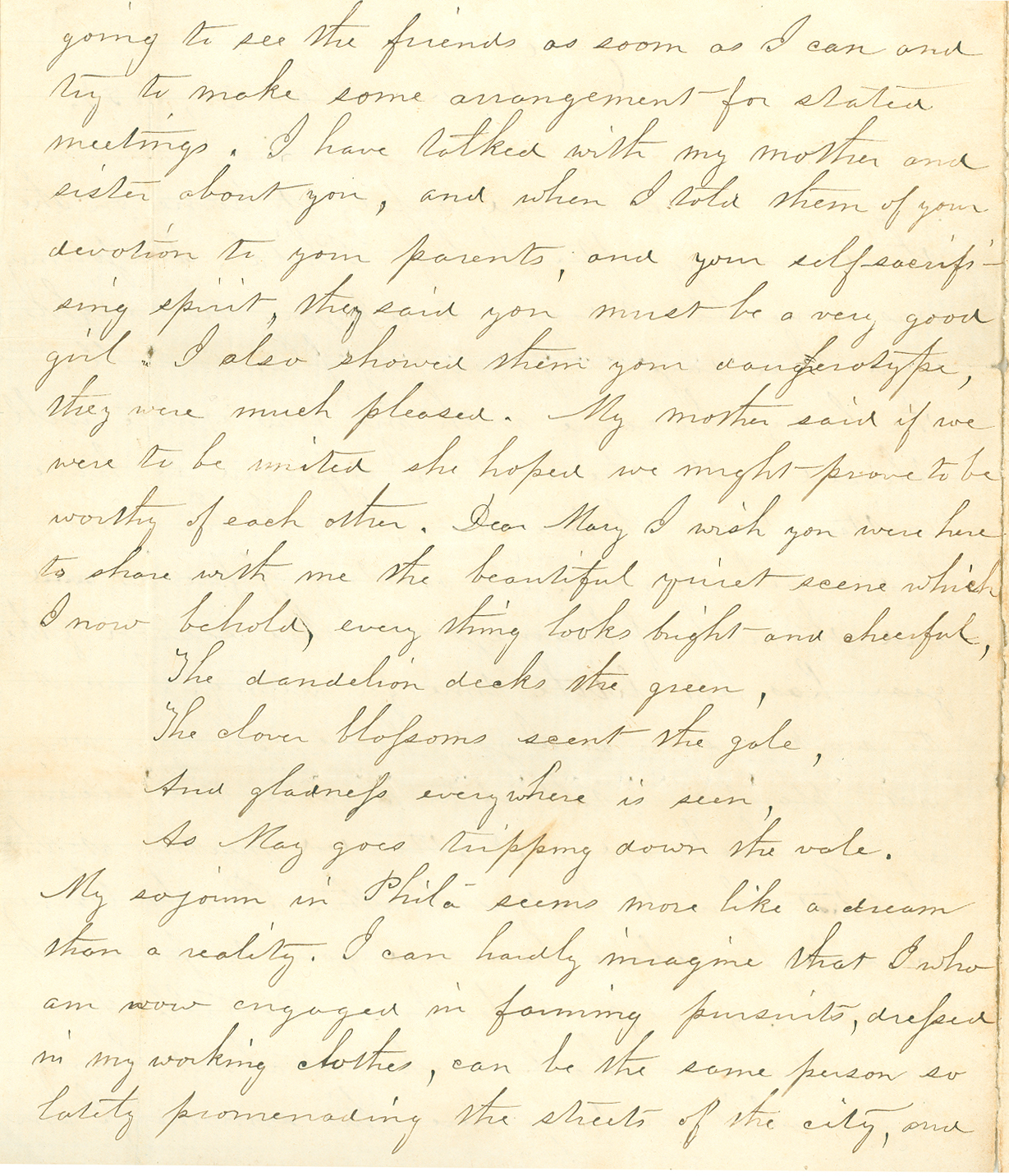 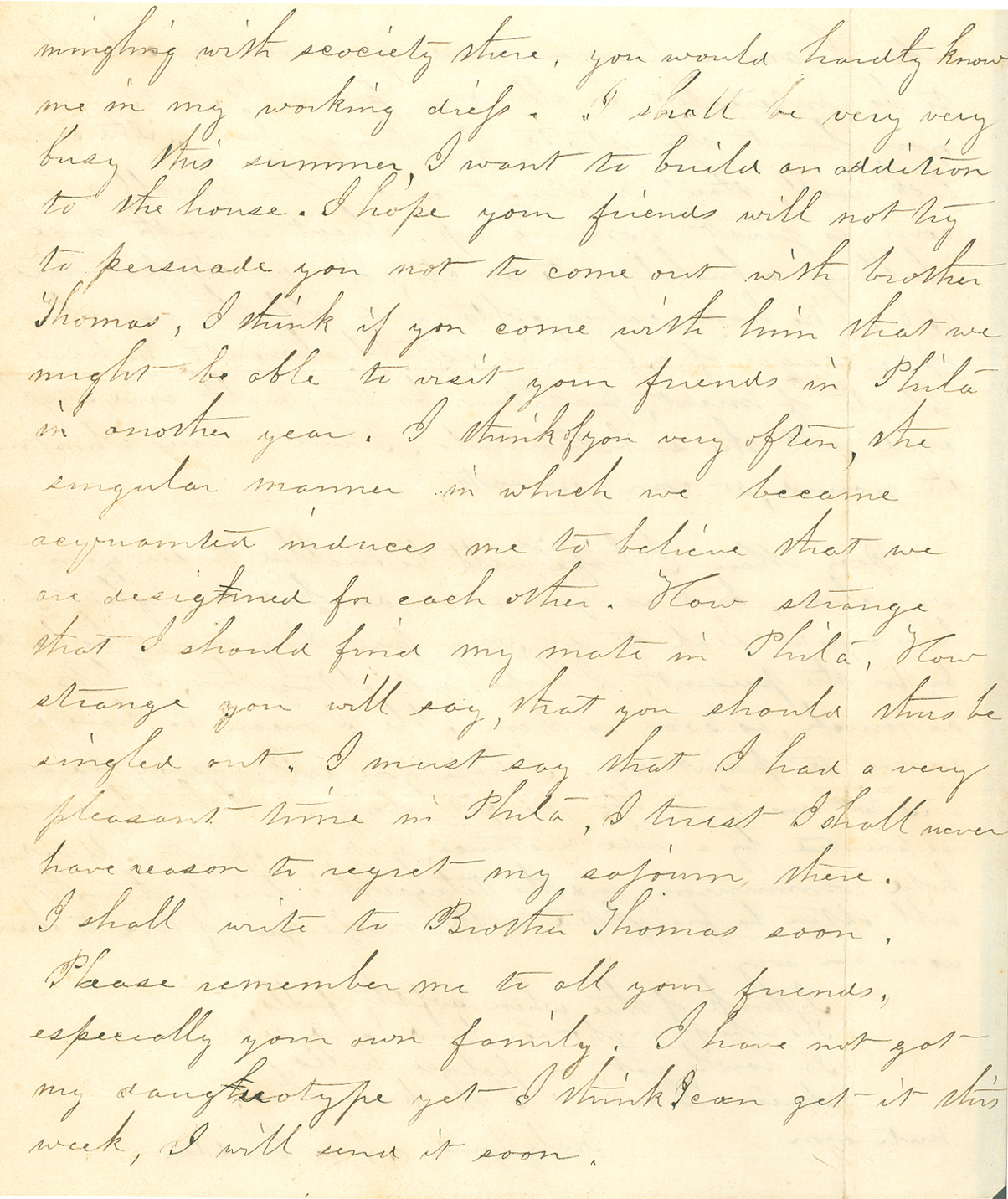 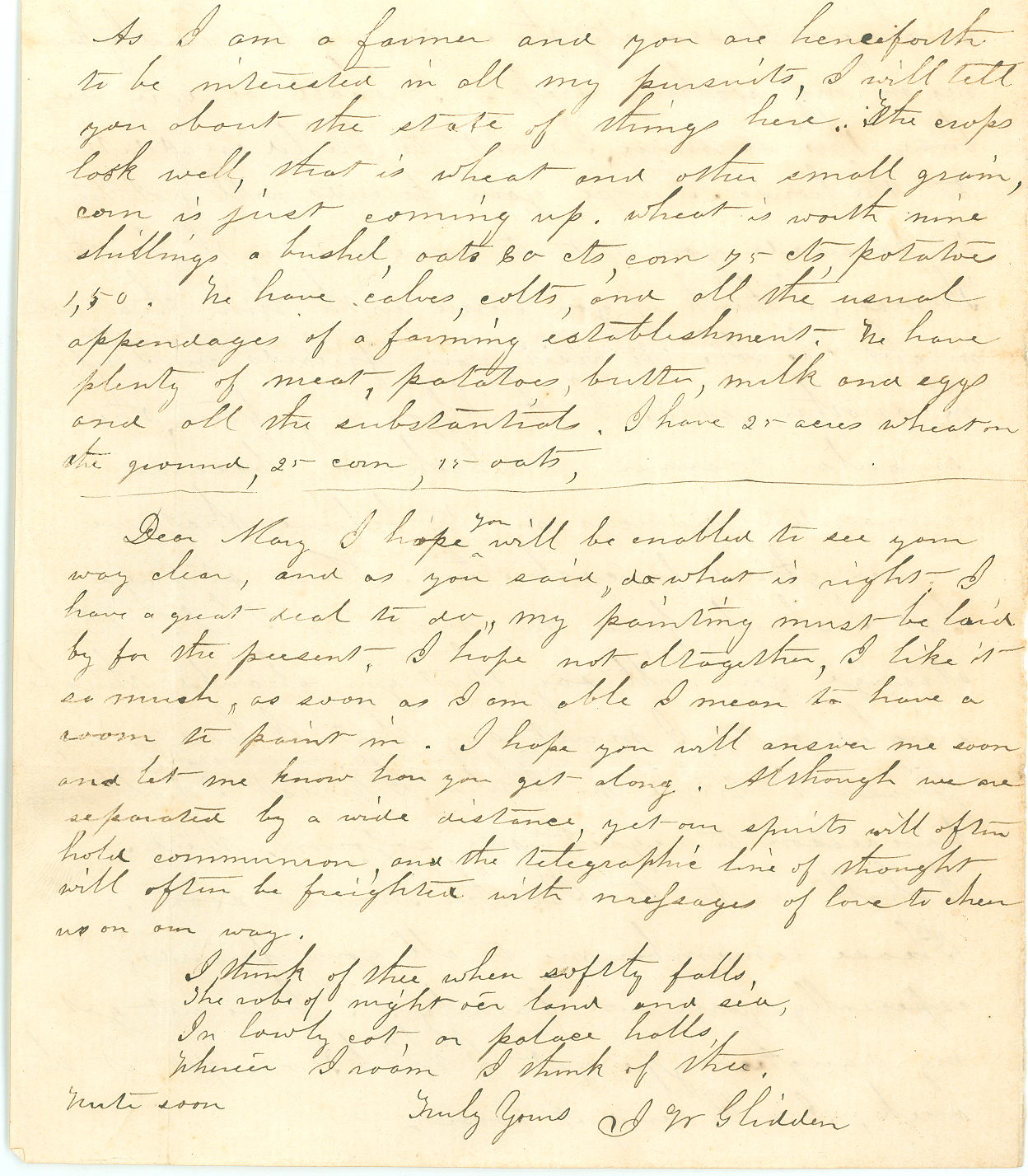