Books during the medieval period were typically made of vellum (also called parchment), or, occasionally, especially during the later medieval period, paper. The cost of a book was dependent upon its size (both in height and in number of pages), and how much decoration it had (the more illustrations and illuminations, the more expensive the book). "The production of books was a collaborative enterprise involving co-operation between different crafts: parchment-maker, scribe, illuminator, and binder, together with, in many cases, a bookdealer who took orders from clients and oversaw the making of the final article" (1).

Before 1200, books were generally produced in monasteries. However, as universities in cities like Paris, Bologna and Oxford began to grow, the demand for books outgrew the abilities of the monasteries to produce them, and lay people stepped in to fill the gap. By 1400, most manuscripts were not produced in monastery scriptoria, but by professional book workers.

This guide includes information and digital images of NIU Libraries' illuminated manuscript leaves. Housed in Rare Books and Special Collections (RBSC), there items were acquired by the library in 2003 and are regularly used for teaching purposes at all levels.

To view the leaves in person, visit RBSC. The reading room is open Monday through Thursday from 9:00 am to noon and 1 pm to 4 pm. If you require assistance outside of normal business hours, contact us.

The illuminated manuscripts included here were purchased through the kind auspices of the Friends of the Northern Illinois University Libraries.  Professor Ann van Dijk, the Art History Division of the School of Art and Design,  assisted the RBSC, selecting the leaves in our collection. Many of the leaves were digitized by Charles Larry, former Head, Social Sciences and Humanities, University Libraries. The original research on the leaves was performed by Jessica Witte and Kay Shelton. 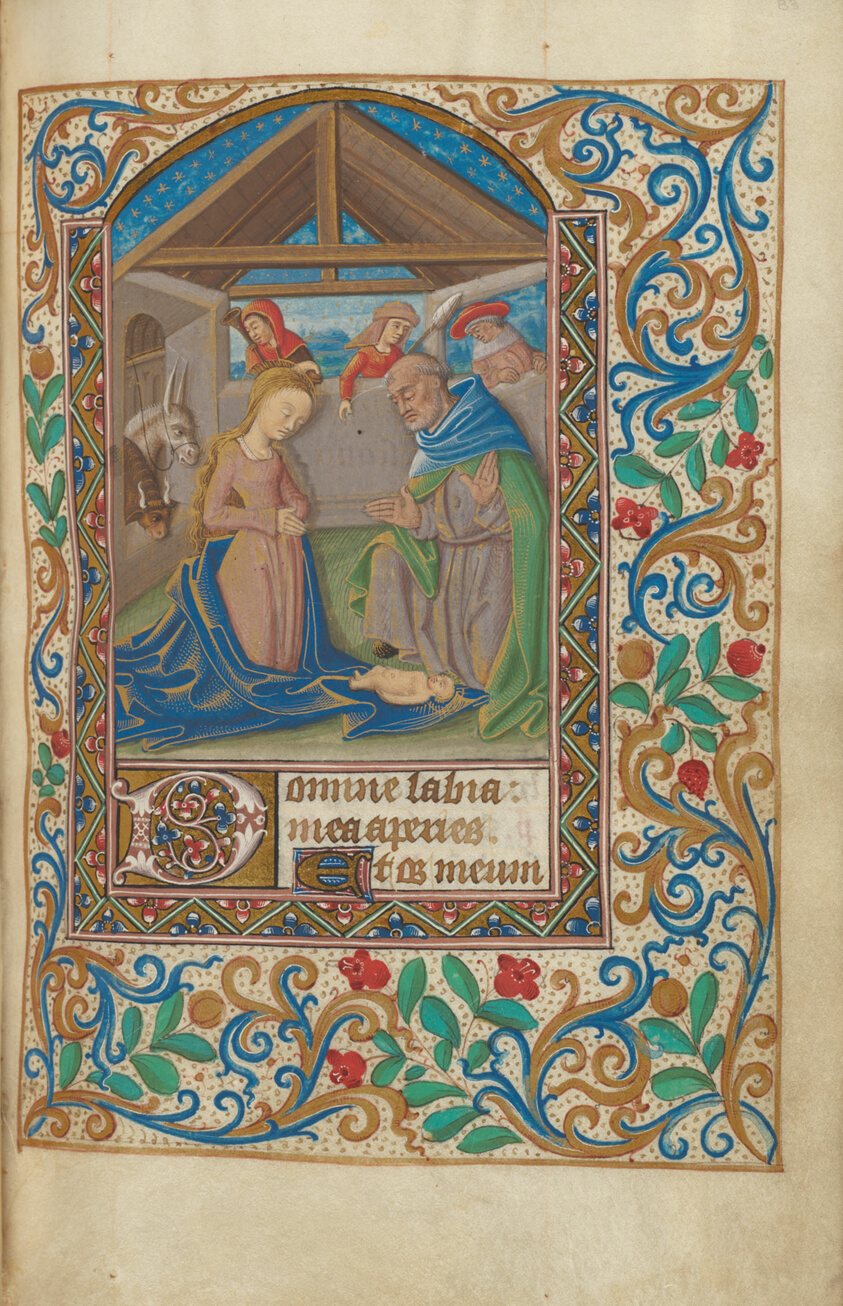 Master of Catherine Gentille, Book of Hours for the Use of Limoges, French, ca. 1480/1500, tempera, gold leaf and colored inks on parchment, Collection of the Art Institute Chicago.